Let's start with the big question: when does AMC (AMC) report earnings?

So what can we expect?

Well, here are the consensus estimates courtesy of Yahoo Finance (as of August 3, 2021).

AMC has made big headlines in 2021, with its stock soaring over 1500% as the #memestock craze took hold. 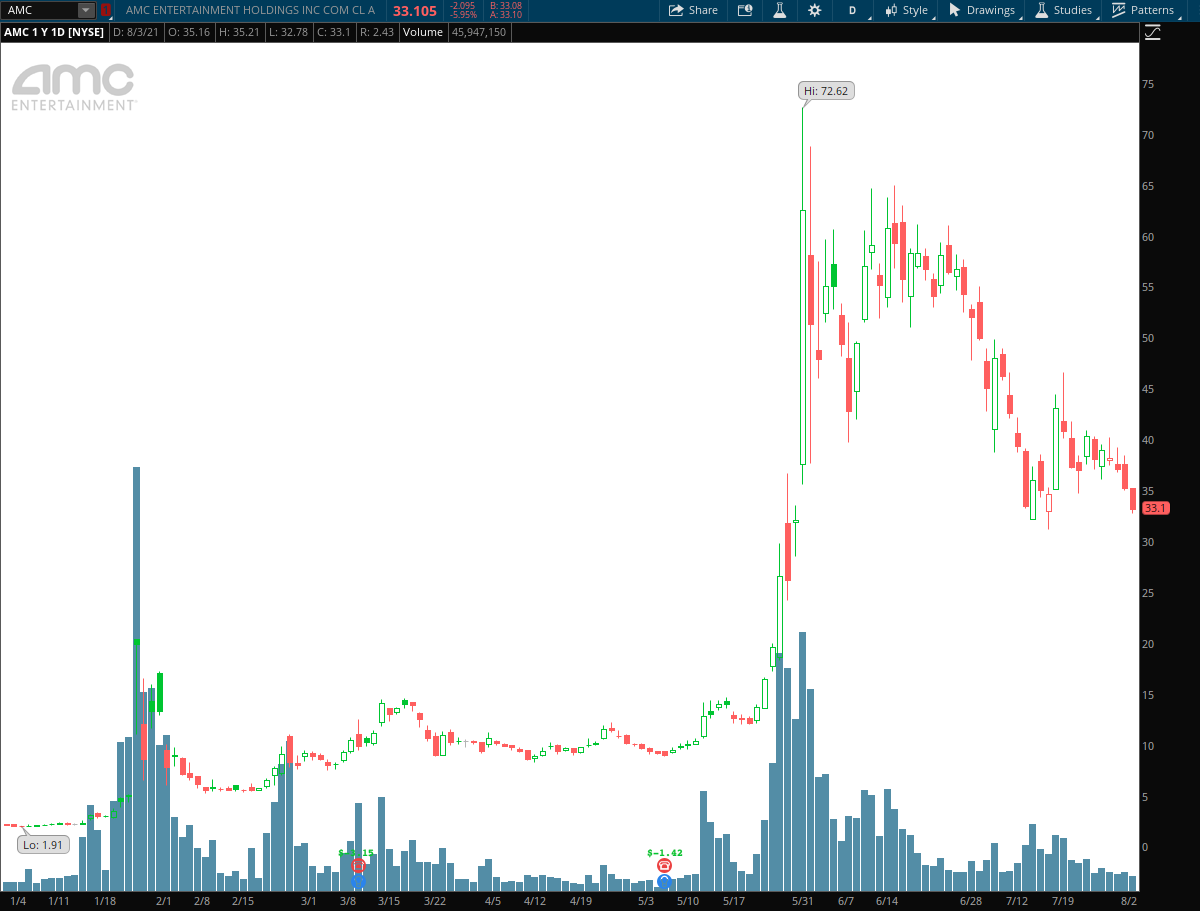 For comparison, in Q2 of 2019, revenues were $1.5 billion. Take a look at this chart to see just how much things have changed in the past few years: 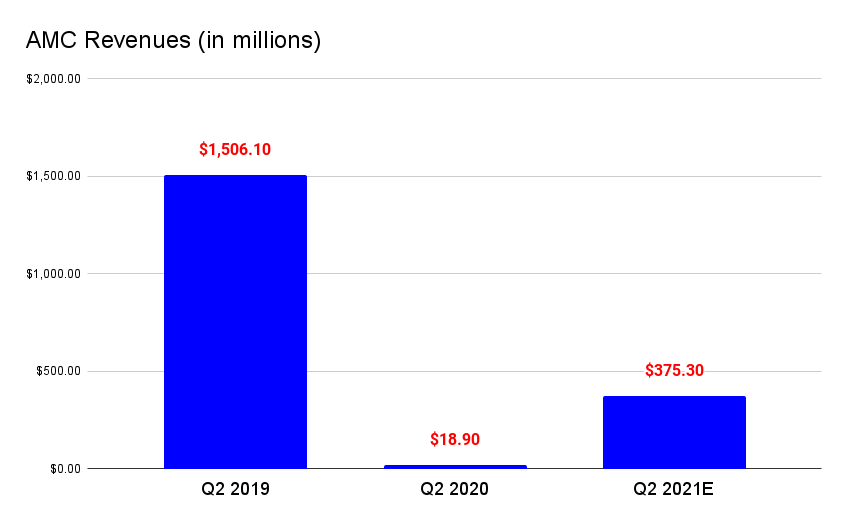 AMC is expected to continue to lose money on a per-share basis, which is often a red flag for investors and traders. However, AMC’s shareholders in the #wallstreetbets and #memestock universe are far from traditional.

In fact, many analyst have dropped coverage this year, and there are only 7 covering the stock now.

How Will $AMC React to Earnings?

Yet, we'd expect that the #memestock traders would chase the stock on any good news, especially as it pertains to the future outlook.

The Hollywood release slate is picking up, with a number of Marvel films on the way, including "The Eternals," "Shang-Chi and the Legend of the Ten Rings," and "Spider-Man: No Way Home." Hopefully, they'll be better than "Black Widow." (quality-wise, we mean)

On the flip side, if the numbers are not good, we could see a big drop. At that point, we will see if AMC fans buy the dip again.

AMC bulls generally feel that there is potential for a large short squeeze.

A short squeeze happens when a stock rises and shorts cover to limit their losses.

According to Yahoo Finance, 79.75 million AMC shares are sold short. That's about 16% of the float.

At some point, these shorts will have to cover, and a strong earnings report could be a possible catalyst.

The Implied Move Based on Options Prices

As of August 3, AMC options with a $33 strike price expiring on August 13 are pricing in an approximate $7 move by that date.

This is a sizeable move considering the stock is trading around $33.

Only a few other meme stocks have reported second-quarter earnings during this earnings season. Cleveland Cliff’s (CLF) recent earnings report beat analysts’ revenue expectations of $5.04 Billion but missed earning estimates. Following the announcement, Cleveland Cliffs was up around 1%.

Meanwhile, Corsair Gaming's (CRSR) second quarter revenue and earnings came in modestly below expectations on August 3. CRSR dropped over 6% on the news.

Looking at AMC's recent earnings reports,  in the fourth quarter of 2020, revenue was $162.5 Million and EPS was -$3.15, both beating analysts’ expectations. However, in the first quarter of 2021, revenue was $9 million short of the $157 million consensus, and the loss per share was slightly worse than expected.

Revenue from recently released blockbuster films like "Black Widow" and "Jungle Cruise" will not be included in this earnings period. While those big releases may aid the Q3 numbers, streaming is still a credible threat to the movie theater business.

Some streaming platforms such as Disney Plus now allow subscribers to purchase new movies in their own homes. While Black Widow had an opening weekend box office of $219.2 million, over $60 million of that came from Disney Plus.

Jungle Cruise's opening weekend was $90+ million globally, over $30 million of it on on Disney Plus.

AMC's second quarter earnings report is critical, given that many traders are concerned the #memestock and #wallstreetbets movement is petering out.

The movie release schedule is finally picking up, though on the flip side of that, we have the streaming challenge plus growing worries over the Delta Covid-19 variant.

Needless to say, the world will be watching this report, and how the stock reacts.