What Is a Short Squeeze? And Why Should You Care?

If you’re in the #memestock universe with names like AMC (AMC) and GameStop (GME), you’ve heard the term “short squeeze.”

But what is a short squeeze? And why should you care?

To get some answers, we must first talk about what shorting is.

How to Short a Stock

When you short a stock, this is what happens:

Let’s say you're a greedy hedgie and you hate Corsair (CRSR). You think it's going down hard.

Assume you borrow 100 shares of the stock at $30 per share, and sell them short.

If the stock falls to $25, you can buy the shares back (referred to as “covering”) at a $5 per share profit.

On the flip side, let’s talk about what happens when you lose on a short.

The risk-reward on a short trade is asymmetrical.

Because a $30 stock can only fall $30. But theoretically, it can go up as high as you can imagine.

So What Is a Short Squeeze?

This is how a short squeeze happens:

We saw this happen in GME and AMC earlier in 2021. Both of these stocks were heavily shorted by major hedge funds.

But thanks to the #wallstreetbets Reddit group aggressively buying the stocks, the share prices rose incredibly quickly, forcing the shorts to repurchase their shares.

By January 27, GameStop had risen over 1,500%, trading froze multiple times due to volatility. Short-sellers had to exit and cover their positions causing the stock to go up more and in In January alone, GameStop shorts lost approximately $20 billion. 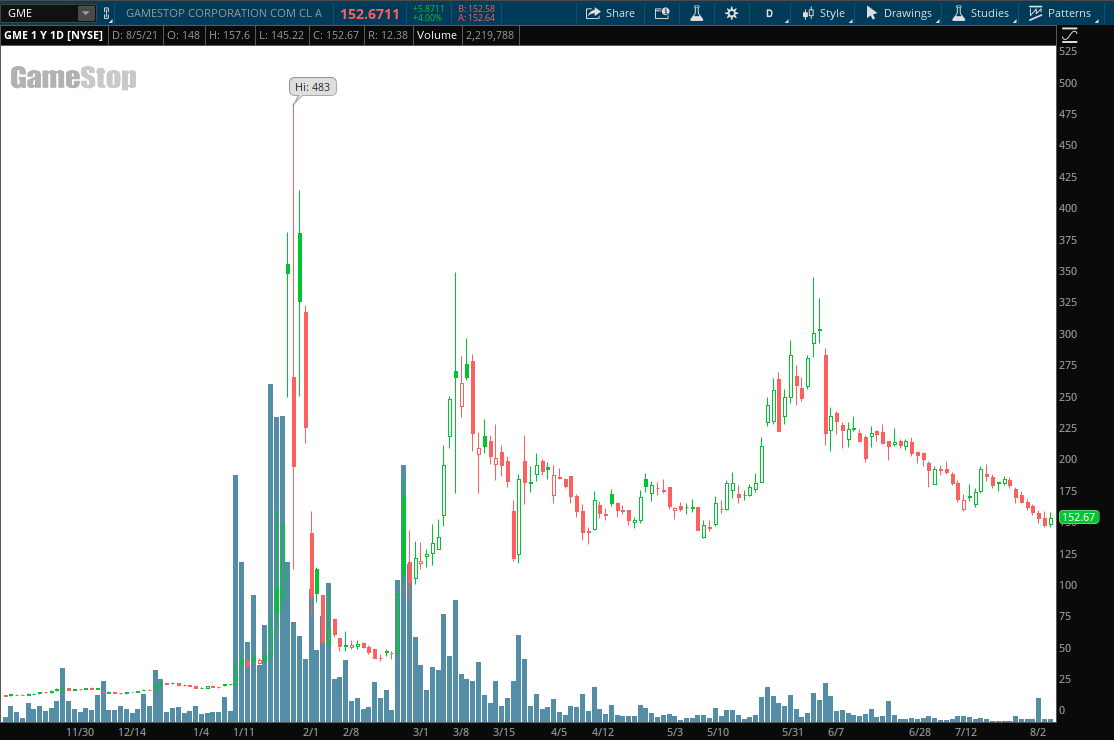 In early June, AMC caught fire because of the #wallstreetbets phenomenon, and shorts lost $4.5 billion. Just like with Gamestop, the shorts were forced to cover their losses. By July, the stock hit a high of $72. By that point, it was up almost 3,500% year-to-date. 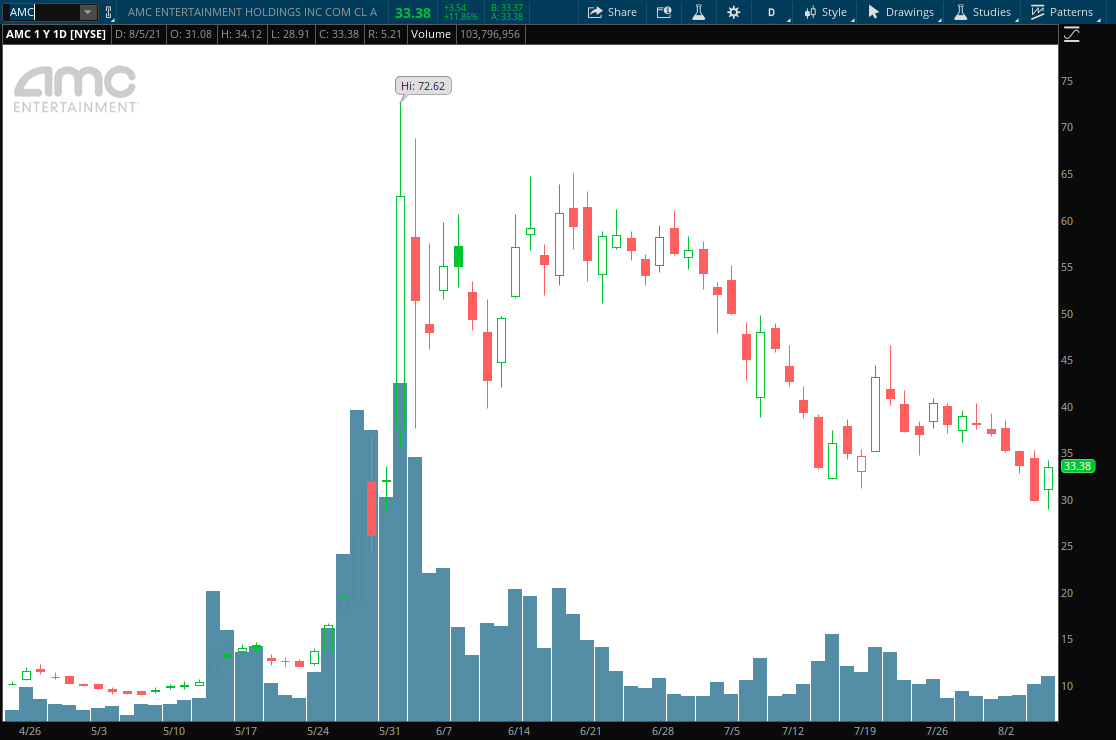 So what causes a short squeeze?

Traditionally, a short squeeze is driven by some type of news, like:

But in the age of #memestocks, short squeezes are increasingly driven by large groups of retail traders buying all at once. And the upward stock price movements just draws more people in to the party.

So remember this: when betting against a heavily shorted stock, you may indeed be correct on the fundamentals. But if buyers get aggressive, you are at risk of being squeezed.