Michael Burry vs. Cathie Wood: Who Will Win?

Michael Burry a.k.a. the guy who made mega bucks shorting housing in "The Big Short" is going to war with Cathie Wood. And we're sitting back watching like Michael.

To his credit, Michael Burry made a great call based on fundamentals and recognized the calamity brewing in the housing/mortgage market. I do not believe that he understands the fundamentals that are creating explosive growth and investment opportunities in the innovation space.

ARKK is an incredibly popular ETF focused on high-growth stocks. It's amassed $25.5 billion in assets, blowing away these lame fake meme stock ETFs. While it hasn't had a good 2021, ARKK has been a top performer over the long run, as you can see on this monthly chart going back to 2014: 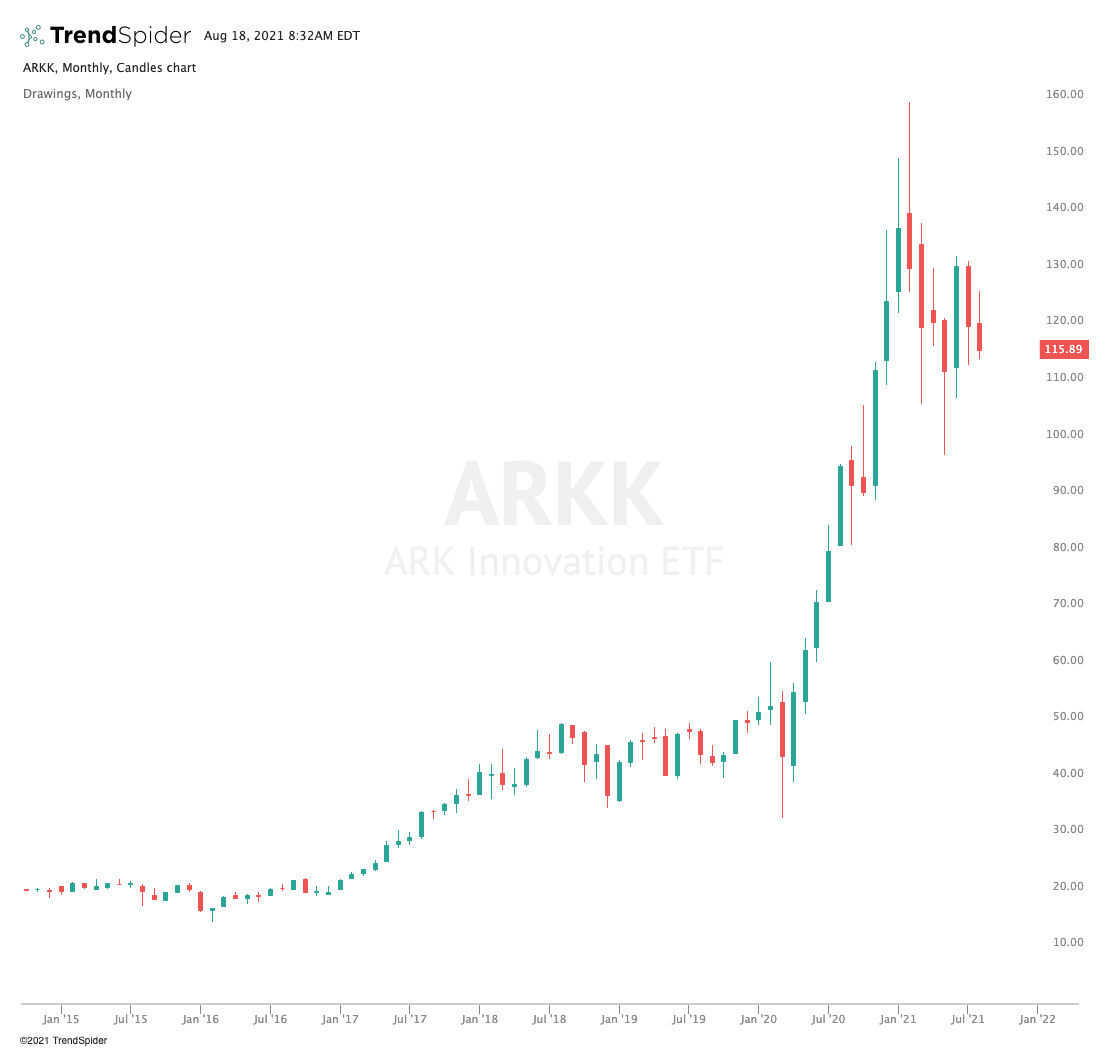 Why has ARKK done so well? Because of big bets on stocks like Tesla (TSLA), Zoom (ZM), and Shopify (SHOP).

Why Michael Burry Is Making the Wrong Bet

The ApesRT Research Team has concluded that Michael Burry is making the wrong bet.

First, he's doubling down on a bad trade.

In May, Burry put on a massive short in Tesla with puts on 1.1 million Tesla shares. Since then, Tesla has gone sideways, destroying the value of those puts: 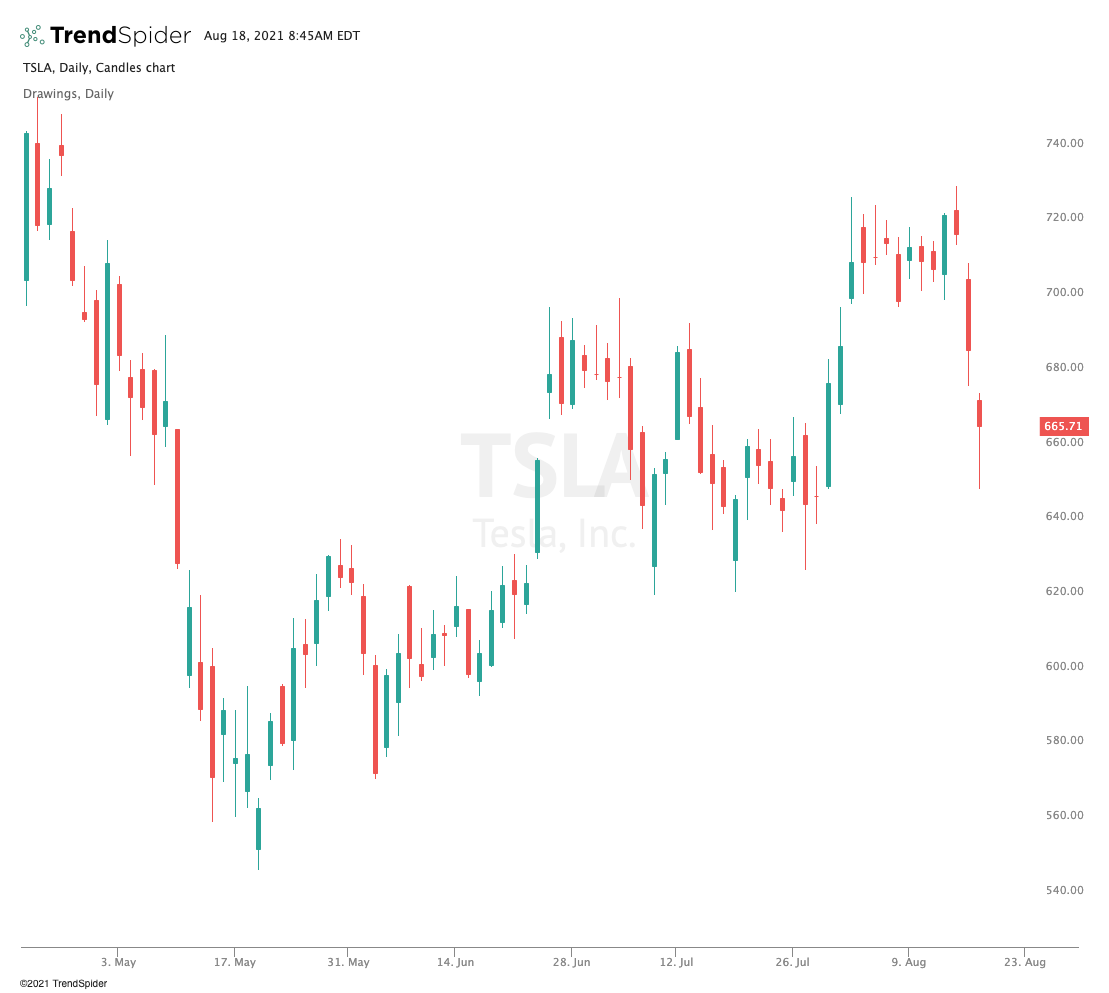 And if we really think about it, Burry is basically betting the market's about to collapse.

Because as long as the overall market stays strong, the big ARKK holdings like TSLA, COIN, and SQ will probably do okay.

And, it is possible all these things happen at once:

ARKK would go through the roof. So why mess with it?

Burry could simply short SPY or buying SPY put options, which is a much less expensive way of making a similar bet.

Plus, ARKK is already becoming a crowded short.

"...the Disruptive Innovation ETF has a 30-day put-to-call ratio of 1.8, meaning more people are buying bearish put options on the fund than bullish call options.

Other investors are outright shorting shares of the ETF, with short interest currently sitting at a record high 11.63%, according to data from Koyfin."

The hate against ARKK is growing so intense that a firm called Tuttle Capital Management filed for an inverse ARK ETF, which is designed to go up when ARKK goes down.

And what happens when everyone hates something?

Sometimes, it just goes up like crazy in a wild short squeeze.

We harbor no ill will against Mr. Burry, as he is one of the more honorable hedgies.